It is the Sunday after The Big Ticket Festival. We’re at home, relaxing after the music, message and ministry filled weekend.

This was the third year of the festival, and attendance more than tripled from the first year and probably doubled from last year (I don’t have the official numbers yet), but there were a LOT of people there, probably about 15,000!!!

Jeff, I and the rest of the family volunteered this year.  We worked in the Chosen Youth Conference ministry booth. There are over 20 ministry booths each year at the festival. This year will be the 2nd year for the Chosen Youth Conference, and this year’s theme is The Remnant.  The Conference is founded by our youth pastor, James Scheer.  He is also the founder and president of Rock Your World Ministries so we are partnering with Rock Your World and the Big Ticket. I am helping organize the conference and I helped organize the team for the ministry booth at the festival.  I absolutely LOVE doing this!  It’s awesome and amazing to see an event come together like this and see the results; not only the outcome of the event coming together, but the people who are reached for Christ.

In addition to helping out with the ministry booth, Jeff and I also helped with the altar call.  Each night, right before the main talent, there is a well known speaker who gives those who are not saved or who have walked away from God, a chance to accept Jesus Christ into their hearts.  This year’s speakers were Jeffrey Dean Friday night and Adrian Despres Saturday night. Both were awesome and had an awesome altar call response.  Jeff, I and the rest of the altar call counselors had the opportunity to pray with people and minister to them.  There is nothing more rewarding than that!  There are other speakers throughout the day on the other stages.

Speaking of stages, our son-in-law’s band, the Andy Stefanic Band, won the competition on the Indie Stage last year, so this year they got to play on the main stage!!! They played Saturday morning and it was amazing!!!  I was so proud of them!

Here are some pics from the festival. 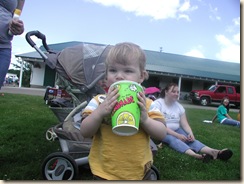 My grandson Ethan, enjoying a refreshing lemonade from the concession stand, while watching shows in the Kidzone. 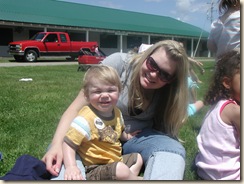 Trisha (my daughter) and Ethan. 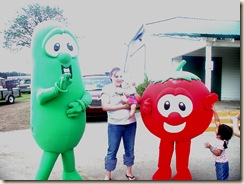 My niece and her daughter with Larry the cucumber and Bob the tomato from Veggie Tales. 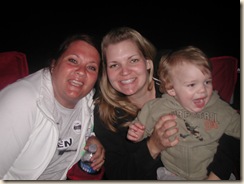 Me, sunburned, Trisha and Ethan, watching the Newsboys! 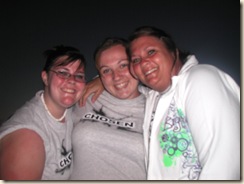 Briana, Kara and Me 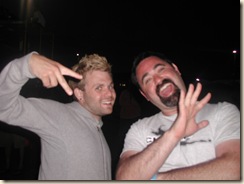 Brandon, my son, and Jeff my hubby 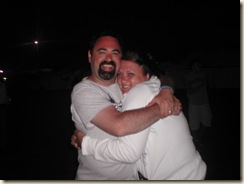 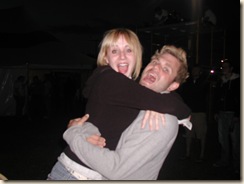 Brandon and his woman, Chelsea 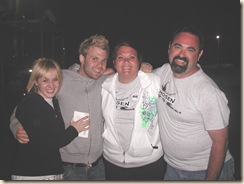 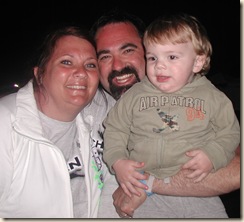 Me, Jeff and Ethan 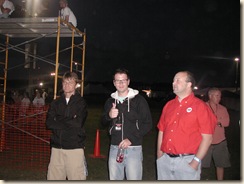 Those boys, Brian, Ben and Nick. They all work together at North Country Aviation. Oh, that’s where I work too! 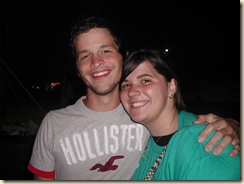 Zach and Kimmie.  He’s our worship leader for our youth band and she’s an awesome young woman of God! 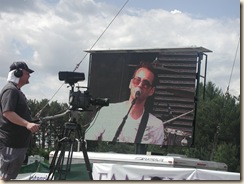 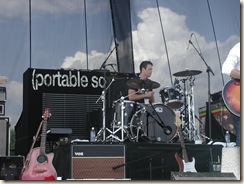 Ben Stefanic on drums, on the big stage, oh yeah! 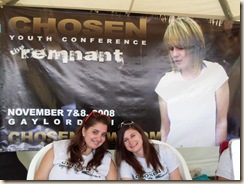 This is our Chosen Youth Conference Booth. Chelsea, our son’s girlfriend is on the banner, and Carly and Chloe were working the booth. I didn’t take this photo, I got it from one of our youth off her myspace, but it’s a cool pic!!!