The following posts are going to be straight from my hand-written journal regarding my recent Mission Trip to Nigeria Africa. I will post them separately, by each day, as I wrote them. Enjoy!

Mission Trip to Nigeria Africa.
As I write this we are sitting on the plane in Atlanta Georgia, getting ready for take-off to Lagos.
So far, it has been an interesting and long day. It all began @ 3:00 am this morning. The alarm went off, I got up and took a shower. While I was getting ready, Jeff got up and threw some clothes on. I finished packing the last of the items I needed to put in my suitcase. Karlie got up somewhere in there, too. Briana was going to come with us to drop me off at Denny’s, but didn’t feel good, so she stayed home. Kara was playing it by ear, as to whether she was coming along or not, dependant upon Alyssa and if she was feeding her or not. Well, she wasn’t feeding, but I think Kara was too tired. So, Jeff, Karlie and I loaded up the van and off we headed to Denny Freeman’s. When we arrived, James and Sara greeted us outside by the Denali with the trailer attached. After all the hugs and farewell’s and a picture of the team, we loaded up the Denali and headed out at 4:54 am for Detroit Metro Airport. As we were nearing our destination, Denny got a phone call indicating our flights were cancelled and that we were going to have to fly Air France, as opposed to Delta. Not only was our airline carrier changed, so was our route! Instead of flying out of Detroit to Atlanta, then Atlanta straight to Lagos, we were routed Detroit to Rome! We arrived at DTW, Denny got out at the Air France terminal and went inside. We drove around the airport so as to not get into trouble with security for prolonged parking. When we got back, James got a call from Denny telling him to drive down to the Delta terminal. When we got there, Denny informed us that the gal at the counter talked to her supervisor and got us a flight from Toledo to Atlanta, so we could catch our flight to Lagos. So, we drove another hour or so to Toledo. There, several of us, all of us except James, has “ssss” on our tickets so we all had to go throught the major security check; pat-down and all of my bags were gone through. No biggie, other than it was time consuming and I was the last one through. We got on the plane and the flight was uneventful except for a littel turbulence now and then. I took a little snoozy here and there. 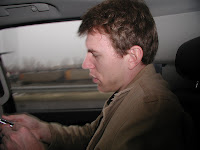 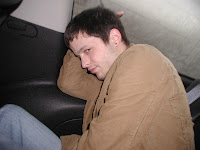 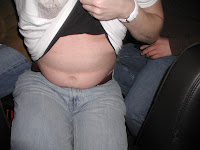 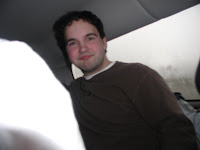 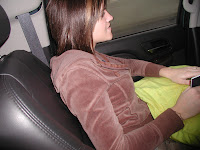 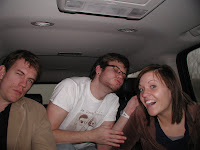 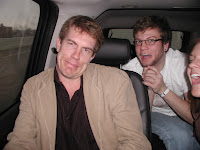 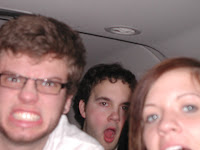 James, Zach, John, Luke and Sara on our way to Detroit in the Denali. 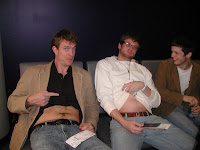 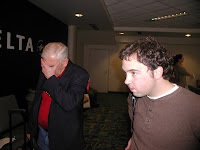 At the airport in Toledo. You can see what Denny really thinks of us! LOL
We landed in Atlanta on time and met Clarke (the leader of our trip) here. We had some lunch in the airport, used the restroom and got to our gate just in time for boarding.
Now, as I’ve written all of this, they just started showing a video of the normal procedures for flying, plut additional ones for over-seas flying – something I’ve never done before.
I was blessed to be able to sit by James in the exit row – extra leg room :).
Now we are backing up – finally. It’s about 4:20 pm. I think I will work on my testimony next. 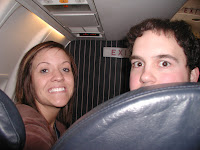 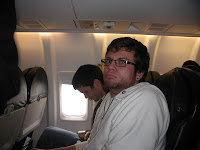 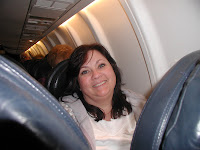 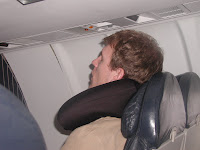 On the airplane from Toledo to Atlanta. We’re so silly!