The past few days, I have been blessed by a visit from some old friends of mine. Rhonda, her husband Pat, and their 4 kids, came to Michigan for a few days. Before moving to Missouri 8 years ago, they lived here in Northern Michigan.  When they moved they only had 2 kids.

Lori and her husband, Ray, were also here from North Carolina.  They too lived here before moving away.  They had no children when they left, but now have two adorable toe-heads, Caleb and Bailey.

Saturday night everyone was at my house, including Ben, Trisha and Ethan (my daughter and her family for those who don’t know). We ordered pizza (cheap and easy!), caught up on each other’s lives, reminisced about the old days when we all lived in the same area, and played PIT (a cool card game).

While we were waiting for the service to start, it started to rain as we were walking to get some coffee at Roast & Toast.  When we got back to the park, it had quit raining, for a short time anyway.  During the message, it started to rain again. Some people left, but most stayed, finding shelter under the trees or just sitting it out.

After the church service, we all (and by all, I mean about 30 to 35 of us) headed over to La Senorita for dinner.  I called ahead to let them know that there was going to be a big group of us coming, so they could be prepared.  They don’t take reservations, but when some of the group started to arrive, they told us they wouldn’t seat us until we all were there! There was no way we were all going to arrive at the same time, especially the band members and their families.  It was a big hassle getting us all seated; they wanted to put some of us in one room and some in a completely separate room! No way! We all wanted to be together, which was part of the reason for calling ahead! Anyway, Rhonda threatened to take our business elsewhere, and then they were much more accommodating.  We had fun chit-chatting at La’s and stayed pretty late.

The next morning, Monday, we had agreed to meet in Charlevoix at 11 AM. Everyone was late, but me.  But, that’s normal…lol.  Once everyone arrived (everyone but Trisha and Ethan) we walked down town, which is beautiful! We were told the temperature was going to be in the upper 60’s (and it was) but it was so sunny it felt a lot warmer.  Rhonda’s oldest son, Gabriel, forgot to put a t-shirt on under his sweatshirt, and she wanted to buy some Northern Michigan memorabilia, so we went to one of the t-shirt shops down town.

Then we decided we were all hungry and wanted something cheap and kid friendly to eat so we opted for McDonald’s. Trisha and Ethan caught up with us there.  It was a little chaotic, as it is a very small McDonald’s and it was busy, so we all had a hard time finding tables for us all.

After Mickey D’s we headed for a re-sale shop, spent about an hour in there and then went to the park.  The kids loved it, and we all got to just hang out and chit-chat. But, that is where we said good-bye to Lori and Ray as they were heading to Alpena on Tuesday.

Tuesday evening, Rhonda, Pat and her youngest, Elana, met us at the Alpenfest Queen’s pageant, the kick off to Alpenfest. Alpenfest is a 5 day long festival complete with a carnival, concerts and food! Rhonda wanted to meet some of my friends and church family, and that was the perfect place! Our youth pastor, James, was the Emcee for the pageant, and two of our youth group girls were running, so lots of church family was there!

After the pageant (and one of our girls did win!) we went to Ruby Tuesday for dinner.  (Another late dinner!!!)  It was not busy, and it was nice to have some Mary and Rhonda time.  Pat and Jeff got to know each other better and Rhonda and I got to reminisce some more.  We stayed for quite a while there and then went to Trisha and Ben’s and hung out till about 1 AM.  Then it was time to say good-bye as they were heading to Alpena today (Wednesday).

I’m praying Rhonda and Pat decide to move up here (they are thinking about it, and want to!). I miss my friend!

Here are the few pics we took…I wish we had taken more!!! 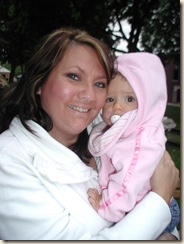 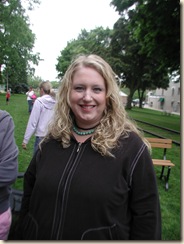 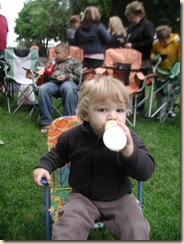 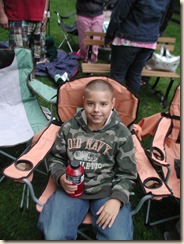 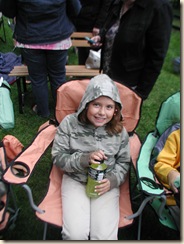 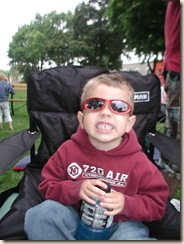 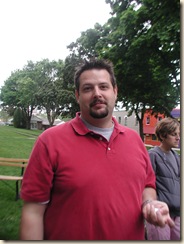 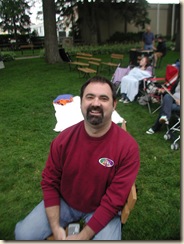 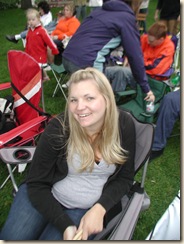 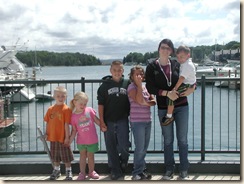 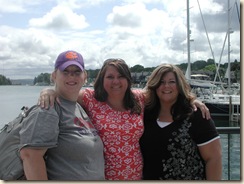 Lori, me and Rhonda 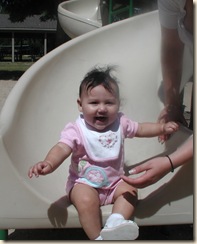 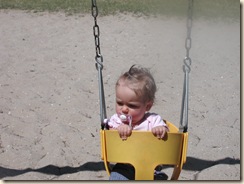 2 thoughts on “Visit From An Old Friend”